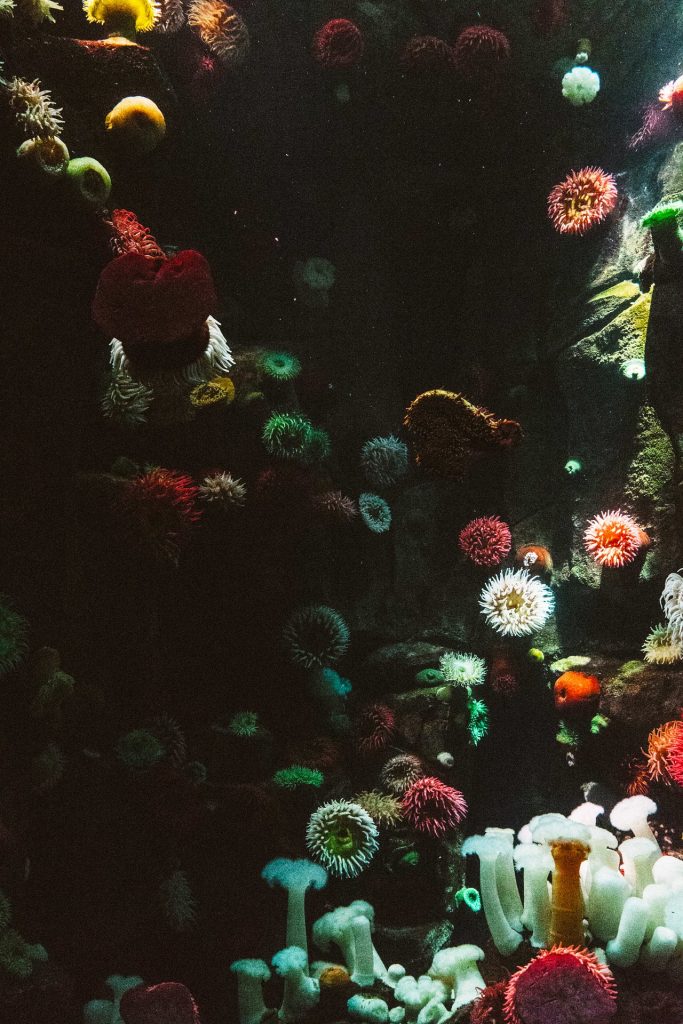 No being today escapes being confronted with the fallout of human-induced environmental change, from ice capes melting in the Arctic, to Californian megafires, to reefs bleaching in Australia, disappearing habitats, and accelerated rates of extinction of myriad species of plants and animals. In the face of the uncertain future that unfolds in front of us, we feel prompted to ask: what does it mean to endure—not only as individuals or as a human species, but also within and across species? In what novel ways can we hold each other up and survive together? Which sustainable futures should we pursue? And, finally, what would such a posthuman, rather than human, future look like?

We begin by teasing open the notion of sustainability—a key notion in discourses about environmental justice and the future—and calling for its radical rethinking to move away from the ways in which it is often offered as a solution to the environmental crisis and widely adopted in policy making. Accustoming our vision to a less human-centric perspective is a potent way to grasp multiple and intertwined posthuman futures and we embrace this approach. By revisiting the received understanding of “sustainability”, we wish to rethink it from posthumanist perspectives—posthumanism being a lively theoretical, political, and ethical apparatus that can be helpful in this pursuit. We propose that sustainability needs to be substantially reconceived to envision and describe ways of common co-surviving. In this provocation, we also ponder the question of a posthuman future in its multifaceted meanings: as a future without humans, a future after the sixth great species extinction[1], a future in which the human is no longer the “measure of things”, and a future for posthumans.

The word sustainability has its roots in the Latin sustinere, namely “to hold up” or also “to bear” or “endure”. Many international documents and development projects rely on a definition of sustainability that directly points to human environmental management, such as to secure access to natural resources for future generations of humans. Under this model, sustainable human activity is one that ensures that “our children” will be able to inhabit the world as we do. This concept of sustainability emerged inthe influential environmentalist article“A Blueprint for Survival”.[2] Written by the editors of The Ecologist journal and endorsed by the leading scientists of the time, this article drew attention to the urgency and magnitude of environmental problems: “Radical change is both necessary and inevitable”, the authors wrote, “because the present increases in human numbers and per capita consumption, by disrupting ecosystems and depleting resources, are undermining the very foundations of survival”.[3] Since then, sustainability has become a concept widely adopted in official policy making, inspiring the United Nations’ Stockholm Conference on Human Environment in 1972 and the later work of the UN Brundtland Commission in its goal to unite countries in the quest for a sustainable future. It was this commission that, in 1987, came up with the most oft-quoted definition of sustainable development, describing it as a tool to ensure that humanity “meets the needs of the present without compromising the ability of future generations to meet their own needs”.[4]

However, modelled as it is on the logic of intergenerational inheriting, such a notion of sustainability is limited in its ability to help think through the entangled, multi-species temporality in which responsibility for the past, present, and future converge. While it favours a rather bourgeois understanding of the future of our children, seen as extensions of ourselves and heirs—as an investment—it runs the risk of implicitly devaluing communities and kinships that are not typically perceived as our own. Furthermore, it seems to have been less than efficient as a concept, since the environmental crisis it is meant to address keeps accelerating.

Our provocation challenges the conventional conceptualisation of sustainability and problematises the anthropocentric focus on human responsibility for future generations. In formulating a concept of posthuman sustainability as an alternative, we are inspired by the theorisations offered by feminist thinkers Stacy Alaimo,[5] Claire Colebrook,[6] and Rosi Braidotti,[7] among others. Their conceptualisation of the human being as radically entangled in the world with nonhuman others and the Earth-system as a whole, implies that the human, by itself, is never quite or fully human. The notion of sustainability that emerges at this point must consider future generations as also including nonhuman animals, plants, and ecosystems, and all the weird and often unintended ways in which we support and sustain one another. By expanding the scope of “future generations” we shift the dominant human-centric understanding of temporality. An inclusive posthuman approach to sustainability decentres the human, re-positions it in its ecosystem, and, while remaining attentive to difference, fosters the thriving of all instances of life. 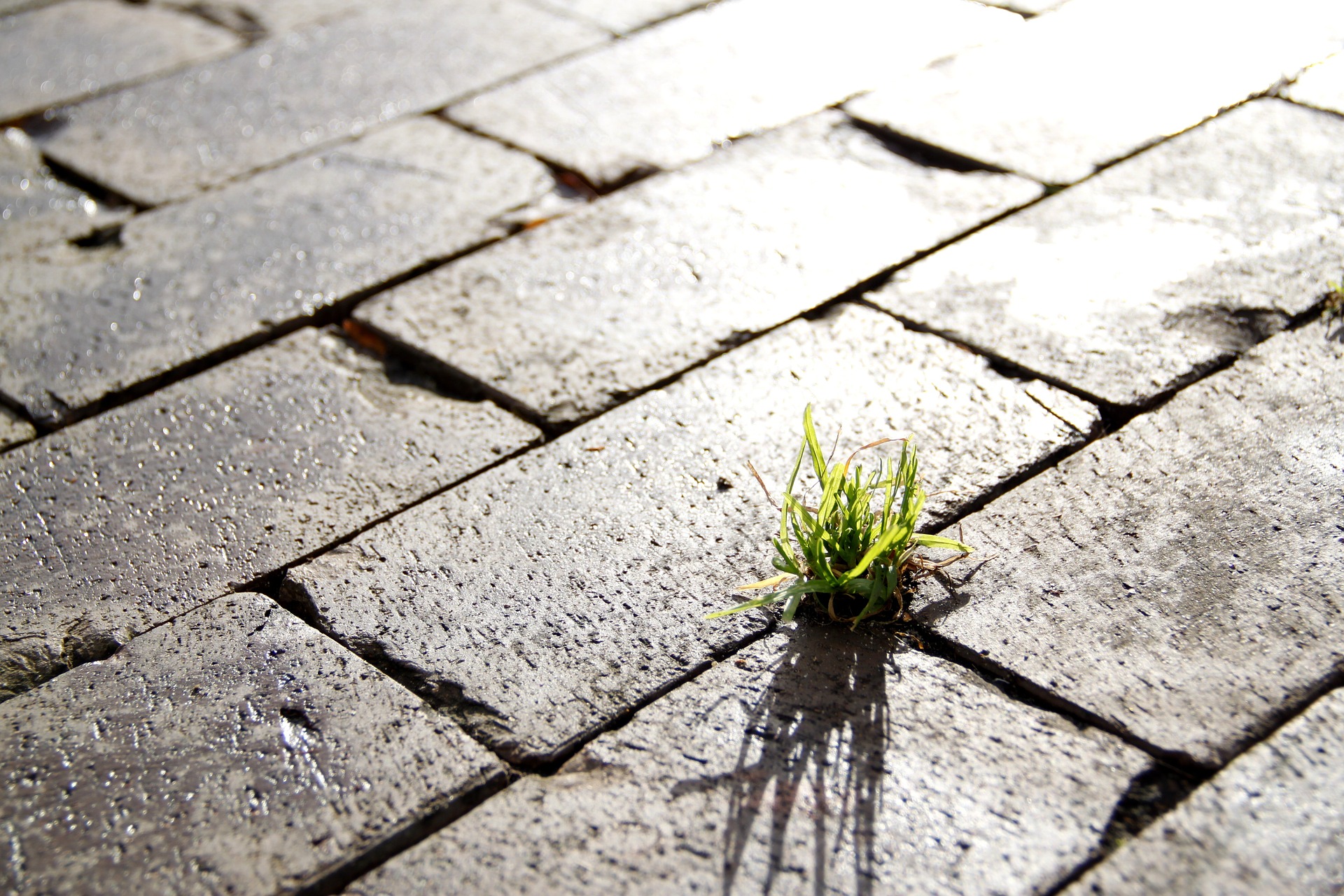 Posthuman inclusive sustainability concerns the needs of human and nonhuman lives alike in their transcorporeal and exposed interdependencies.Stacy Alaimo writes that “the Anthropocene is no time to set things straight”.[8] In response to this, our notion of sustainability is not oriented towards a future conceived in a straight or linear fashion but rather recognises the entanglement of beings and the plurality of temporal dimensions of past, present, and futures and their different scales. Indeed, geological time, human time, and bees’ time are not the same! We recognise the non-heterogeneity of the future and the violence that occurs whenever “our future” becomes more important or worth protecting than that of any other being. Perhaps trees and plastic-eating bacteria will save the future, along with our human children? Maybe the offspring of bees and grasshoppers are also worth fighting for and worth considering as both political agents and subjects of politics? If so, the future is closer than we might think, bringing such intertwined multi-species temporalities into our political discussions.

Inclusive sustainability does not aim at a static system. Change is continuous and everywhere. The system and the “individuals” in the system are constantly changing and shifting due to interconnectivity. But one type of change is better: that which fosters life. With Rosi Braidotti we understand posthumanist sustainability as “a re-grounding of the subject in a materially embedded sense of responsibility and ethical accountability for the environments s/he inhabits”.[9] As materially interconnected and undergoing changes caused by a manifold of agentic capacities—our own and that of many others—we are merely one peg in a grand scheme of constant becoming. Consequently, we must recognise that our present is the future and the future is the past, that there is “a linkage across present and past in the act of constructing and actualizing possible futures”.[10]One example of such temporal entanglement is what Anna Tsing and her collaborators call haunted landscapes:[11] when a population of one species dwindles or disappears entirely, the whole delicate ecological system suffers. Take birds; with a dramatic loss of many species of these critical seed dispersers many plants keep producing seeds too big for any other species—or wind—to disperse them. This is an entangled temporality between recently extinct birds, plants’ reproductive future, and all those critters interconnected with them—humans included. We cannot calculate and predict how one loss will affect the present or the future of entire ecosystems, instead we must recognize that large-scale time (the Holocene, the Anthropocene), human time, birds’ and bees’ time, plant life cycles, the agricultural time of planting and harvesting, are not the same and yet are radically interconnected.Posthumanist sustainability promises to actualise the inclusive future where all living systems may thrive. Consider bees, whose populations are in steep decline linked to climate change and use of pesticides. Beyond an immediate human self-interest, what does caring for bees mean and what forms can it take? From urban farming and gardening, to planting the right sort of shrubs and flowers in private and collective gardens, to hand-pollinating, to theoretical and artistic challenges to heteronormative understanding of reproductive future of plants, animals, and humans,[12] there are manifold ways to practice posthuman sustainability through caring for multi-species temporalities.

The task of rethinking a notion like sustainability and conceiving it in non-anthropocentric terms is urgent in light of the global impact the human and its anthropocentric humanistic worldview has had in generating the Anthropocene. As Colebrook further suggests, “rather than see the humanity that faces an unjust and catastrophically tragic end as the agent of history whose survival is required in order to achieve a more just future, one should see the end of the world as the beginning of other worlds”.[13] Only a worldview in which we recognise and value our entanglement with the world and its varied beings and in which we acknowledge the different temporalities experienced by those varied beings and ourselves will allow us to think about sustainability in a fruitful manner. This worldview, we must remember, is neither new nor gone: it is deeply engrained in indigenous and traditional approaches to the world[14] and it already supports manifold projects in which human+ communities farm, fish, and live together[15] practicing a meaningful experience of sustaining one another in which all beings may thrive.

[12]For instance, an art project by Pony Express, Ecological Bathhouse.