Posthuman suffering, as presented in Anthony Miccoli’s Posthuman Suffering and the Technological Embrace[1] is an affective state characterised by a perceived feeling of inadequacy, alienation, or lack of agency or efficacy in relation to technological artefacts or systems of use. The term can also be used to describe the general sense that the biological human is somehow incapable of fully knowing itself (epistemologically, ontologically, or biologically) without the aid of technological systems. If posthumanism is both an epistemology (knowing through technology) and an ontology (being through technology), then a manifestation of posthuman suffering is the awareness that both knowledge and existence are contingent upon the supplement and presence of a technological other through which that knowledge and existence can be achieved. That is to say, the only way in which we can know ourselves or be human is through technology or the supplement of a technological other. The human being is somehow ‘incomplete’ without a technological aspect supplementing its phenomenal biological self. Posthuman suffering is predicated on the awareness of such an inadequacy and the need for technological systems themselves. 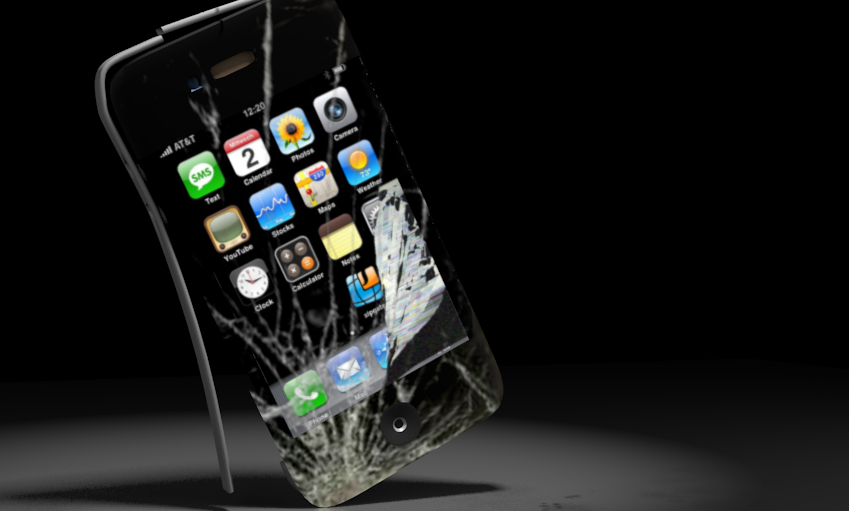 To varying degrees, posthuman suffering is also characterised by a faith in the “inexhaustibility of the perceivable”,[2] or a general belief that there will always be more information to be discovered, translated, or learned. That information can only be made available with the aid of technology. Thus, an association is made between the advancement of technology and the amount of information that can be made available. The dynamic becomes problematic, when, from a transhumanist perspective, ‘progress’ is associated with – and predicated on – technological artefacts and systems. If the perceivable is inexhaustible, and technology keeps advancing to help humans perceive more, progress appears to be both inexhaustible and inevitable.[3] Progress is impossible without the aid of technological artefacts and systems, potentially causing the very transhuman desire for an abandonment or major alteration of the body in order to achieve radical life extension or immortality, so that the human might uncover as much information as (trans)humanly possible.

The origins of posthuman suffering are two-fold, stemming from an overlapping of a basic Cartesian/Enlightenment adherence to the notion that human teleology is progress (i.e. our purpose is to progress toward what is often interpreted as a ‘perfected’ human state)[4] upon a more contemporary, cybernetic conceptualisation of the ubiquity of information and the belief that human existence needs to be more ‘compatible’ with that information. Cartesian mind/body dualism privileges logical processes of reasoning over the phenomena about and through which the mind reasons, giving the reasoning mind (as a process) primacy over the corporeal body in which it is said to be housed. Human reasoning, for Descartes – and namely our capacity to understand relations – serves to reinforce the idea that logic and its necessary incorporeality has more efficacy because it is incorporeal and not tied to specific material phenomena or “objects of the imagination”.[5] This early privileging of relations over physical phenomena becomes the first major step in privileging information as an incorporeal (and thus superior) entity which literally informs the phenomenal world: humans are the sum-total of their data or code. Understanding the underlying code of an object, a person, or the universe itself thus makes that object, person, or universe open and available to transformation and improvement. The phenomenal world is secondary to the code of which it is composed. Paradoxically, the data of which the world is composed can only be decoded by technological apparata. Posthuman suffering arises when human beings themselves cannot access their own underlying information (not the underlying information of the world around them) unaided.

Consequently, such an understanding of phenomena renders human beings “masters and possessors of nature” only when coupled with a “host of inventions which will lead us effortlessly to enjoy the fruits of the earth”.[6] This, in addition to Descartes’s advocacy for support and maintenance of the physical body,[7] inevitably draws attention to the body’s susceptibility to physical maladies and other general limitations that serve as impediments to reason (and the progress that results from it). At this point, we see an eschatological discourse that conditions and characterises posthuman suffering in general: the physical body must be overcome in order to maintain human progress.

This approach is inadvertently reinforced by certain late twentieth-century posthuman rhetoric, specifically as presented by Donna Haraway and N. Katherine Hayles, both of whom espouse a heightened awareness of the self (albeit as an embodied self). Haraway maintains that the cyborg must be ‘de-fleshed’ to allow for a certain permeability of self, allowing for more compatibility with information in its incorporeal state.[8] In a similar way, Hayles’s desire for a more embodied awareness actually de-emphasises the body in favour of an awareness that is mitigated by (and is only possible through) technology.[9]

Both resonate with a generally Cartesian notion that the human – on its own – is inadequately prepared to understand or master the technology through which it must, ironically, discover itself. The only way to know ourselves in relation to technology is through technology. The only way to successfully wield technology and understand how we’re implicated within it is to become more compatible with the underlying code (read: logical relations) that informs and instantiates human beings and the environments we occupy (see “posthuman topology”).

As Enlightenment eschatologies and twentieth-century posthuman rhetoric meet, we come face to face with an underlying posthuman suffering characterised by inadequacy and limitation. Human beings, qua human, are – as such – not configured to understand themselves without a technological artefact or system of use through which they can be understood. Descartes (and decades of Enlightenment philosophy that follows) understood such technological artefacts to be, essentially, extensions of the self. Thus, a technologically-aided self-discovery is, literally by extension, a means of self-knowledge (“I think”), and therefore, being (“I am”). Through logical (incorporeal) thinking, human beings are masters of nature. Hayles and Haraway thus render ‘nature’ (and the self) into information. Human beings require a multitude of apparata to decode the information which instantiates both the human and the worlds they inhabit. Those apparata are technological. Without technology, we cannot know ourselves. Not knowing ourselves thus means we cannot exist as humans. We know – and are – through technology.

The implications of posthuman suffering are most pronounced in more transhuman assumptions that generally re-package Enlightenment eschatologies into more technologically-informed metaphors and modalities. The limited human can unlock his or her vast potential though technological innovation. ‘Radical life extension’, to the point that death itself is eradicated, ensures the progress will continue, and that the very Cartesian self will remain a viable component of a radically altered human body – or even a machine in which the self is housed.

Finally, posthuman suffering as an affective state need not be limited to abstract ontological angst. It appears in more ‘mundane’ moments of limitation as well, governing the sense of frustration when a certain technological artefact fails, thus diminishing our efficacy. Posthuman suffering, then, is not the failure of the artefact, but the sense of inadequacy that ensues when the artefact has failed. Its failure is internalised as ‘our’ failure. While the psychological results may seem simple on the surface, the source of such inadequacy is deeply woven via a constant reinforcement of the ubiquity and ‘need’ of technology to be included in various cultural norms (work, school, family) and a general ‘fear of missing out,’ or the idea that one cannot reach their full potential without some kind of technological supplement. From a critical posthumanist standpoint, an awareness of posthuman suffering is imperative so that Cartesian humanist conceits are not inadvertently reiterated, where the incorporeality of data or the ‘inevitability’ of progress become privileged over the phenomenology of a technologically mediated lifeworld. Recasting technology as a means of transcendence serves only to reinforce the illusory distinction between ‘human’ and technological artefacts and systems through which ‘humanity’ is instantiated, expressed, and known.

[3] Transhumanist discourse represents a more ‘instrumental’ or ‘artifactual’ aspect of the human/technological dynamic, specifically through a characterisation of the human body and biological brain as somehow limited. For transhumanism, this limitation can be overcome through various means of augmentation, including implants, ‘biohacking,’ prosthetics, or the development of artificial intelligence, which would help humans overcome or transcend their physical, biological limitations. For an excellent discussion of progress in relation to transhumanism, see Phillippe Verdoux, ‘Transhumanism, Progress and the Future,’ Journal of Evolution and Technology, 20.2 (2009), n.p <http://jetpress.org/v20/verdoux.pdf> [accessed 29 April 2016].

[5] Descartes notes a difference between “pure understanding” and the “imagination” via his example of imagining a triangle: “When I imagine a triangle, for example, I do not merely understand that it is a figure bounded by three lines, but at the same time I also see the three lines with my mind’s eye as if they were present before me; and this is what I call imagining” (René Descartes, Meditations on First Philosophy with Selections from the Objections and Replies, trans. John Cottingham (Cambridge: Cambridge University Press, 1996), p. 77). Imagination, as an aspect of sensation, is corporeal and therefore limited.

[7] “I am certain that there is no one, even among those whose profession it is, who will not admit that what is known about it is almost nothing compared to what remains to be known, and that it would be possible to be free of innumerable illnesses of both body and mind, and perhaps even the decline of old age, if we knew enough about their causes and the remedies with which nature has provided us” (Descartes, Meditations, pp. 122-123).