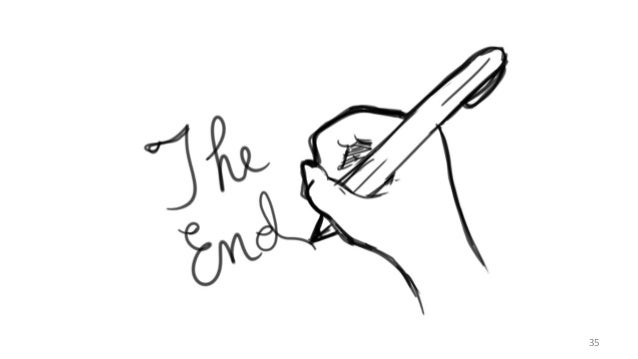 Suppose that critical posthumanism invites us to say goodbye to ‘literature’ and to welcome it back in the same moment. So, “for centuries”, observes Jonathan Franzen, “ink in the form of printed novels has fixed discrete, subjective individuals within significant narratives”.[1] Humanist subjectivity and exceptionalism were instantiated in the ink and print cultures of ‘letters’, continuous human identities whose histories, as in Bildung, might be sustained over the course of novels for example, and which we come to know as ‘literary character’. In lamenting the displacement of the ‘social novel’ by broadcast and digital technologies, however, Franzen’s concern is not as mundane as simply to focus on the disappearance of the book itself. To his enquiry as to what a young friend and ex-English major is now reading, the reply is: ‘“You mean linear reading? Like when you read a book from start to finish?”’[2]

‘Literature’, Franzen reminds us, is a reading formation, and an institution and material practice of reading predicated upon slow and capacious time and undistracted, individual powers of concentration. The objects may still be there, but the reader may not. Once Eagleton et al had in the 1980s laid bare the ideological underpinnings of the concept of literature and its canonizing project, a re-invention of literary value through aesthetics ensued. Peter Widdowson and Derek Attridge, for example, strikingly coincided in the endorsement of a proleptic literature of emancipatory openness and unpredictability, an “uncontrolled free space” (Widdowson) or ethical orientation towards the other (Attridge).[3] For Eagleton, a literature hollowed of any intrinsic value became instead “a number of ways in which people relate themselves to writing”;[4] for Attridge, literature could “achieve nothing without readers – responsible readers”.[5] In none of these cases is the idea of the implied or ideal reader apparently troubled by the material posthumanist possibility that the reader will eventually simply fail to turn up. However, in calling for a rethinking of literature within the ultimate horizon of human extinction, Claire Colebrook cautiously affirms in the work of Bernard Stiegler and Susan Greenfield, amongst others, a well-founded ‘lament’ around the growing unavailability to the brain of the trans-individual neural circuits facilitated by script and print: “flickering screens now leave the eye-brain within itself”.[6] For Colebrook this is “hyper-hypo-affective disorder”, a “contraction or weakening of grammars and syntaxes of cognition in the face of the instant gratification of affects”.[7] Are not our reading lists increasingly populated with shorter works?

Critical posthumanists are of course not expected entirely to share Franzen’s cultural pessimism about this radical refashioning of human cognition. In a recent comprehensive survey of literature and the posthuman, Bruce Clarke and Manuela Rossini are undeterred by their own suggestion that literature may not be “where the main action is today”, that it is no longer reconcilable with “the digital cultures that dominate the posthuman age”.[8] In the same volume, Ivan Callus and Mario Aquilina summarise developments in E-Literature, the literature that is ‘“born digital”’, within a ‘post-letteral’ context.[9] However, in this short intervention, my interest is not to elaborate upon a category, E-Literature, which might see ‘literature’ drifting back to the broader connotations it left behind in the eighteenth century – Eagleton’s “whole body of valued writing in society”,[10] though in this case with the question of value perhaps now parenthesised. What prospects, rather, for a ‘literature’ that continues to represent the body of valued imaginative writing, in a time of information, code and screen?

Critical posthumanism presents two closely interlinked modes of welcoming literature back. First is the proposition that literature has never been human(ist). Beyond what begins to feel like a brief appropriation of literature for Arnoldian liberal humanism, there is now an established criticism on, for example, early literature’s inherent posthumanism, exemplified in Literature and the Posthuman by Karl Steel’s identification of “hot spots” around medieval literary representations of the body, language and free-will, and Kevin LaGrandeur’s limning of systems theory in The Tempest and Doctor Faustus.[11] Bruno Latour’s intriguing suggestion has been that literature is best placed to address the intellectual reinvigoration of the concept of animism – crucial to the continuing deconstruction of the founding myth of modern science – that A.N. Whitehead called the bifurcation of nature, dividing human agency from a supposedly inanimate object-world.[12] Latour cites the fiction of Richard Powers in its attention to “the complex semiosis of human and nonhuman fictional characters”,[13] but a wide range of contemporary critical work finds this already instantiated in the community of things, animals, machines and humans that characterise literature’s anti-anthropocentric drive. Acknowledging the Deleuzian legacy of such approaches, Claire Colebrook proposes a retrieval of the pointedly-named “canonical literature”: concepts such as “Kafka-esque”, “Dickensian”, “Lawrentian”, “Orwellian” reach well outside of the orbit of Franzen’s “literary character” and instead to the “potentiality” of the writing to create and delineate assemblages of forces beyond the organism.[14]

The definition of ‘literary’ value though this approach undergoes a significant inversion. We begin to see literature not as the repository of humanism, but precisely as the place where the human is or has been most profoundly open to question. In a second re-welcoming gesture, therefore, there is the literature that is itself exploring and coming to terms with the biological, environmental, virtual and digitally posthuman: that is, with the very conditions that seem to portend its demise. The human clones of Kazuo Ishiguro’s Never Let Me Go assert their alterity over the guardians’ well-meaning humanist efforts to prove their humanity, while we heed the warning of D.B.C. Pierre’s Vernon God Little: “‘The Human Condition, Mom calls it. Watch out for that fucker’”.[15] A strong critical account of this paradoxically vibrant literature is found in Peter Boxall’s delineation of what it might mean to talk about an early twenty-first-century fiction, where “something like a world community of writers” finds common ground in three preoccupations: the strangeness of new temporalities; an enquiry into or re-commitment to the nature of the real; and the enigmas of human embodiment.[16] Novels such as Margaret Atwood’s Oryx and Crake and Cormac McCarthy’s The Road feature significantly in Boxall’s hopeful “expectation” for a future that might include the novel, and in Colebrook’s trenchant anticipation of extinction: both fictions figure what Colebrook, following Giorgio Agamben in this instance, describes as the persistent human failure to actualise the ‘human’, and invite reflection on writing for a readership whose physical non-existence can seem ever closer.[17]

Nevertheless, and before the apocalypse, literature remains a reading formation, and the readers for these new modes of imaginative enquiry or for the posthuman reconfiguration of the literary ‘canon’ still need to be delivered. How? The sustained recent work of Gayatri Chakravorty Spivak insists that this is a political commitment to aesthetic education. As Jonathan Franzen highlights “the incompatibility of the slow work of reading and the hyperkinesis of modern life”,[18] so too Spivak identifies speed, as the temporal logic of markets, working to disfigure and transform the humanities: “Literature is what escapes the system; you cannot speed read it”.[19] While sociologists of virtual knowledge such as Manuel Castells assert the disappearance of the book in terms of the way ‘we’ now think space and time differently, this ‘we’ fails to account for global and political differences and inequalities: it “excludes”, Spivak argues, “not only the rural poor and the underclass of global North and South but also those of us who might still believe in that archaic instrument called the book. It excludes those who believe that it might take time to train the imagination”.[20] Imagination, the defining quality of the literature we might still adhere to, is therefore also always a political faculty, conferring the potentiality to think redistribution over against self-interest, to imagine “what is not present”,[21] or to feel what it might be like to be other than ourselves. Literature thus blends, for Spivak, with the particular discipline of Comparative Literature, and with Derridean deconstruction, into a model of reading with care – a rigorous learning of another’s language, and a meticulous and infinite attention to textual detail and nuance. This is a strategy of choice and resistance, not unrelated to Raymond Williams’s account of technological determinism, whereby the physical book and the slow time needed to train the imagination are claimed as vital components in any viable and sustainable posthuman intellectual economy and future beyond the market. Otherwise, as Spivak warns, “who crawls into the place of the ‘human’ of ‘humanism’, at the end of the day?”[22]

[9] Ivan Callus and Mario Aquilina, ‘E-Literature’, in The Cambridge Companion to Literature and the Posthuman, pp. 121-138.

Susan Greenfield, I.D.: The Quest for Meaning in the Twenty-First Century (London: Sceptre, 2008).