From countering the idea that “nothing could live in the deep sea” to exploration of the deepest parts of all of the world’s oceans, deep-sea mining (DSM) is the latest technological evolution in deep-ocean exploration. In this brief immersion into DSM, I discuss how a posthumanist new materialism provides a relational lens through which to re-conceptualise DSM.[1] Following Stacy Alaimo,[2] I show that DSM is best approached first from the human dimension before wading into the ways humans, technology and the ocean “intra-act”,[3] or become what they are as a result of their interactions with one another. A dive into these flowing relationalities, thus, begins with reference to western interest in maritime expansion. As Arjun Appadurai explains:

congeries of money, commerce, conquest and migration began to create durable cross-societal bonds. This process was accelerated by the technology transfers and accelerations of the late eighteenth and nineteenth centuries (e.g., Bayly 1989), which created complex colonial orders centred on European capitals and spread throughout the non-European world.[4]

These developments foreground a later interest in the deep-sea, which is generally seen as commencing with the Challenger expedition – the first ship equipped specifically for oceanographic research – in 1872. Though the Challenger’s mission was scientific, sponsored by the Royal Admiralty and Royal Society, the expedition “took advantage of a vast colonial network in order to construct knowledge of the natural world”.[5]

Nearly a century after the Challenger expedition, in the 1960s technological development steered humans toward DSM.[6] The original application of ocean mining technologies was diamond extraction.[7] The time between the Challenger and ocean mining saw the consolidation of capitalism, fostered by colonialism, overtake the global order. Therefore, the shift from scientific and academic inquiry to diamond mining was not linear or inevitable. Rather it was the result of complex socio-politico-economic intra-actions, convincing nations and individuals that economic growth equated to prosperity. Another defining moment in DSM’s ascent was a speech by Arvid Pardo, Maltese Ambassador to the UN, in 1967, which suggested commercial exploitation as beneficial.[8] Pardo advocated for designating the seafloor as the “common heritage of mankind”, a space outside of national jurisdictions, in the hope that this would better include developing nations.[9] Eventually this aim was realised in the United Nations Convention on the Law of the Seas (UNCLOS).

Establishing ‘common heritage’ law is important from a critical posthumanist perspective because of critical posthumanism’s historically anti-colonial stance, both looking ahead to humanity’s future but also critiquing and deconstructing its inhumane pasts.[10] Pardo believed that a shared mode of oceanic governance was best for all developed and developing nations, making it harder for wealthier, developed nations to dominate exploitation. This position, however, failed to accept the reality of the politicising social uses behind DSM’s original conception as a form of research and exploration – designed to favour former-colonial, wealthy, western nations. Today the International Seabed Authority (ISA), the autonomous organisation created by UNCLOS and responsible for the mineral exploitation and environmental protection of the seabed, recognises that developing nations need extra support to compete in the global market and allocates “economic assistance to developing countries which suffer serious adverse effects on their export earnings or economies”.[11] Whilst equitability and mutual care between countries is important, this premise is still rooted in the presumed superiority of capitalist systems and western nations. The ISA operates under the assumption that DSM is inevitable because humanity requires the minerals to power modern technology. It ignores movements toward circular economies, more sustainable industrial processes, and altered consumption patterns.[12] These movements situate the human in a world where nature and humans are intermeshed, whilst the ISA believes in the perceived “truth”, “objectivity”, and “exceptionalism” of science and western knowledge.[13] This perception knits humanity together in a distorted veneration of Western cultural achievements rather than recognizing the human as more than an amorphous, “bourgeois capitalist subject”.[14]

By recognising the human as an entity among others, critical posthumanism floats beyond the Western inability to construct other worlds outside the global capitalist hegemony, [15] allowing humans to swim into new modes of relational being and thinking. In an analogous spirit, and analysing the now-failed Solwara 1 DSM venture in Papua New Guinea (PNG), Susan Reid applies Stacy Alaimo’s transcorporeality to debunk “imaginaries that fictionalize humans as somehow separate from nature” and suggests “building relational ocean knowledge and imaginaries by thinking of law and capitalism’s resource frontiers as ecological elements”.[16] There are contrasts here with how, for instance, Nautilus Minerals Inc., the company responsible for Solwara 1, depicted their mining operations as disembodied from the realities of their mining in a “natureless sea”.[17] But just because the life of the deep-sea is hidden from the human eye does not make it any less real; “there is, ultimately, no firm divide between mind and matter, organism and environment, self and world”.[18] Similarly, Nautilus’s use of remotely operated vehicles (ROVs) outsourced the labour and violence of mining to machines, physically separating humans and nature. In reality, the machine(s) that removed the Seafloor Massive Sulphide (SMS) from the seabed represented an extension of the human.[19] In the words of Irus Braverman, “the mechanization of knowledge production and management in the deep sea displaces humans”.[20] New materialism entangles human, machine and nature, personifying what is otherwise a dark, un-seeable and seemingly distant abyss of strange creatures and landscapes. In providing this critical service, the deep-sea is no longer seen as barren and uninhabited but as a place of dynamic intra-actions.[21] 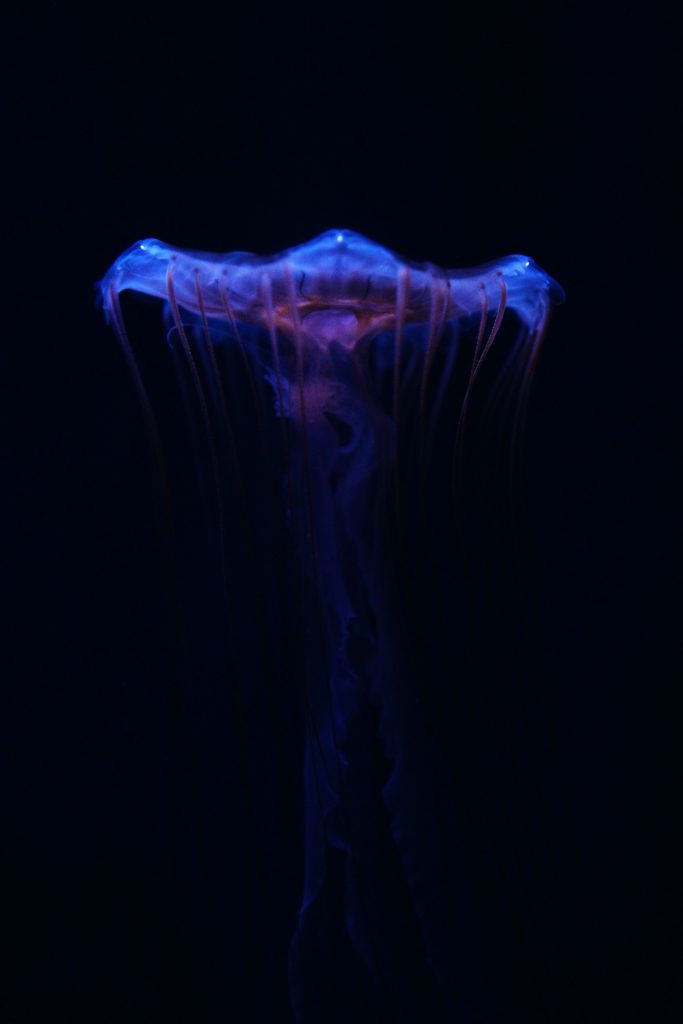 DSM is a melange of relations and contradictions that cannot be divorced from one another. As technology changes, new challenges and questions will arise. The very humanness of humans may be questioned in the face of technological advancement that creates autonomous and intelligent machines, and as a practice DSM is illustrative of this. Already, the efficacy of ROVs and automated underwater vehicles (AUVs) is a topic of ongoing debate, as they “advance the goal of planetary management without requiring a change in human behavior or in broad societal structures”.[22] Sinking deeper into DSM reveals a myriad of murky intra-actions that critical posthumanism is well placed to address and critique. With new materialism, DSM is no longer a far-away, abstract undersea activity but a material reality of ocean, human and technology intertwining. DSM undoes ideas of human exceptionalism, then, but also reasserts techno-capitalistic and environmentally exploitative practices that critical posthumanism, and some of DSM’s own histories and trajectories, are otherwise well placed to question.

[9] Jaeckel, The International Seabed Authority and the Precautionary Principle, p. 75.

[10] See Stefan Herbrechter on Critical Posthumanism elsewhere in the Genealogy.

[11] All Russian Scientific Research Institute of Mineral Resources, “Report to the International Seabed Authority: Study of the Potential Impact of Polymetallic Nodules Production from the Area on the Economies of Developing Land-based Producers of those Metals which are Likely to be Most Seriously Affected”, ISA (2020), p. 11 <https://www.isa.org.jm/news/isa-releases-study-potential-impact-mineral-production-international-seabed-area-economies> [accessed 27 July 2020].