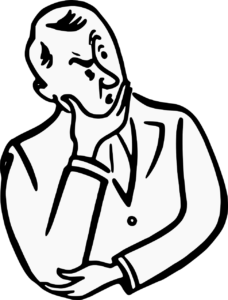 Are “we” living in postcritical times? And if so, is this a problem for a posthumanism that calls itself “critical” and is thus heavily invested in critique? Teachers in schools and universities all over the world have been complaining that their students are becoming more and more uncritical in their thinking.[1] How are we “to effectively address challenges facing us as a species … and to create truly critical societies” without taking (critical) thinking more seriously in every part of human life and certainly in teaching?[2] What teachers seem to deplore most is the apparent decline in “close” and “deep” reading techniques, analytical skills and the general shortening of attention spans.[3] This is usually blamed on an overexposure to and overuse of media, especially new, social and mobile screen media. However, while traditional literacy and numeracy might be struggling, “mediacy” (as I would like to call it, building on but also moving beyond Gregory Ulmer’s notion of “electracy”) is developing rapidly.[4] The anxiety about the future of critique is thus largely unfounded; it seems likely that critique is elsewhere and unrecognizable to defenders of a traditional (liberal) humanism. Maybe this is, in fact, what characterizes our postcritical moment or condition, but maybe it is also a little more complicated than that. Posthumanism, in one sense, would then comprise a speculation about what happens to venerable reflexes and apparatuses like literacy or criticality after they have run their course or at least into major trouble, or “out of steam”.[5] One might call this “postcritical posthumanism”, or posthumanisms that are looking for alternatives to critique – which, it has to be said, is certainly a preferable option than envisaging a “postcritical humanism”, by which I mean all those lamentations about “our” current critical decline and the associated attempts of a neohumanist political revival and the desire for a return to a status quo ante.

The postcritical urge in posthumanism is certainly strong. For a posthumanist, critique must look suspicious since it is a humanist invention by any account,: one of its cornerstones even. It is also indissociable from its Enlightenment origins and its connection to modernity, its eurocentrism, its universalism, its colonizing negativity, its discriminating and hierarchizing tendencies – in short: its arrogance and superiority complex. However, one might object, does an “indigenous” view not also have to be critical, critical precisely of “Western” critique and its imperialist roots and ambitions? Can one be uncritically suspicious of critique? Of course, this is not what is usually meant by criticism of critique, postcritique or even proclaimers of a postcritical condition. First of all, there is a rather suspicious (and I’m using this word deliberately) constant sliding between critique, criticism and critical at work here.

Critique, in a philosophical sense (especially since Descartes and Kant) is almost synonymous with doubt or scepticism as a form of investigation, almost a habit, maybe even an instinct. A philosopher, in the Cartesian sense, is someone who wants to get to the bottom of a problem by doubting, until he (traditionally that has been his gender) reaches some kind of “essence” that cannot be doubted. This becomes then the base on which truth is founded. In Descartes, famously, it is thinking (understood as doubting or critique) that cannot be doubted without annihilating thinking as such. It is a tautological definition of course, but it is and remains the founding gesture of reason, enlightenment and modernity. However, Descartes did not stop there because out of what seems an epistemological claim – ego cogito – he derives an ontological truth – ergo sum. I think, therefore I am. Out of this deliberate confusion between thinking and being a very specific “truth” is derived  – namely, identity, or who and what is the thinking “I”. It is the founding moment of (modern) humanism and the modern (humanist) subject. This subject is both the beginning and end point of “thinking” understood as critique, its source and addressee, its project and origin, its mythical location of power. Basically, this move is about self-legitimation, self-assurance, self-identity and their authority and authenticity, or, simply, the right to say: here I am, I exist and this is what I do. Everything else is derivative. I may be in this world but I am not part of it. The world exists for me, but I am somehow exceptional to everything else “in” it. 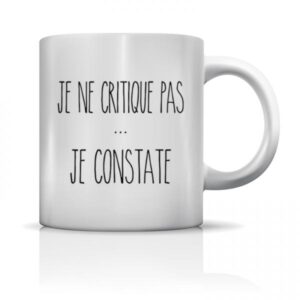 What Kant and the Enlightenment adds to that is a radically secular or immanent politics and a “pedagogy”. In order to side-step the quasi-theological legitimation of the Cartesian ego, Kantian critique turns thinking into a duty – the duty of every subject to free itself from its “self-incurred immaturity”. Enlightenment is about the liberating power of critical thinking, the power of reason, the rise of science and rationalisation, technological progress, utilitarianism and the legitimate domination of “nature” (human and inhuman). It is a pedagogical imperative of self-realisation – become who you are and be free. This is the essence of liberal humanism: you are addressed (i.e. you are a subject) as a free individual who has to make the right choice, namely to exercise the freedom you were given and “embody” that subjectivity that you had “pre-installed”, so to speak. The centuries that followed saw an impressive rise of individual and collective conquests: capitalism, technological invention, imperialism, democracy, globalisation. However, there were also intensifying catastrophes: exploitation, depletion of resources, slavery, genocides, world wars, global warming.

If the history of the liberal humanist subject is thus coextensive with the story of critique, how, as a posthumanist, could one not have at least a highly ambiguous if not “critical” relationship to this tradition? To be fair, critique has not gone uncriticized all this time. Posthumanism is only the latest in a long line of critiques of critique. It is precisely because of the janus-faced nature of modern critique, its successes and failures, that, at least since the Second World War, the critique of critique and its presuppositions have been proliferating. The Frankfurt School of “critical theory”, as well as poststructuralism and postmodernism, all focused on different aspects of “our” Enlightenment legacy (while being highly critical of each other’s approach and priorities, of course).

So, what is behind the current drive towards postcritique – attributed, in the main, to Rita Felski (following Latour)[6] – is in fact better understood as a final (the postcritically-minded would probably call it “long overdue”) reckoning with “high theory”. It focuses on practices and engrained habits in (the mostly Anglocentric discussion of) literary and cultural criticism and the ways in which they have become “dogmatic” and “predictable” in their style, moves and positioning vis-à-vis their “objects”.[7] In other words, it is critical of what Catherine Belsey once set out as “critical practice”.[8] So while this may be an argument about the need for a fresh look at critical reflexes in literary and text-based cultural criticism it cannot be an invalidation of the basic insights of (predominantly poststructuralist and deconstruction-inspired) theory as such. It is, one might say, attempting a move post or past a certain critical practice, while claiming to be a move post or past critique.[9] Its beneficial side effect, and this, I would argue, is in fact the impact of posthumanism even though this may often remain unacknowledged: namely an opening up of textuality, subjectivity and reading to questions concerning what it means to be human and to a more responsive, ethical and “generous” (but not uncritical) engagement with its human and nonhuman others.

As far as the completely understandable postcritical desire for a non-negative, caring and creative criticism is concerned, there are also many precedents. One major absence (or misunderstanding) in the discussion of Felski, for example, is deconstruction. One could even argue that something like a “postcritical” desire can only really envisage a “critique of critique” by passing through a deconstructive moment or move. As Derrida explains: “deconstruction is neither an analysis nor a critique … because the dismantling of a structure is not a regression toward a simple element, toward an indissoluble origin …. The instance of krinein or krisis (decision, judgment, discernment) is itself, as is all the apparatus of transcendental critique, one of the essential ‘themes’ or ‘objects’ of deconstruction”.[10] It is also not a method, because every deconstructive reading is different, or grafts itself differently onto a given “text” if it is to do it justice. In this sense, long before and much more to the point than any postcritical critique of criticism’s “predictability”, “deconstruction is deconstruction of critical dogmatism”.[11]

This is why I take “critical posthumanism” to be virtually synonymous with the “deconstruction of humanism”, or, in other words, a deconstructive, caring and generous, undogmatic, affirmative re-reading and re-writing of the “human” in all its guises and entanglements with nonhuman others – now, in the past and in the future.[12]

[1] One problem that may have exacerbated this impression of a decline is the instrumentalisation of critical thinking as a “transferable skill”. See, for example, Alec Fisher, Critical Thinking: An Introduction, 2nd edn (Cambridge: Cambridge University Press, 2011).

[3] This cannot be the place to engage with what one might call the “reading wars”. In between the critique of “deep”, “close”, “paranoid” etc. reading and calls for “surface”, “descriptive” etc. counterparts, one can maybe distinguish between more “remedial” interventions like Maryanne Wolf’s Tales of Literacy for the 21st Century (Oxford: Oxford University Press, 2016) as well as her Reader Come Home: The Reading Brain in a Digital World (New York: Harper Collins, 2018), and more “constructive” engagements with “postprint” culture like Jessica Pressman’s “The Posthuman Reader in Postprint Literature: Between Page and Screen”, Frame 28.1 (2015): 53-69, or Candace R. Kuby and Jennifer Roswell’s “Early Literacy and the Posthuman: Pedagogies and Methodologies”, Journal of Early Childhood Literacy 17.3 (2017): 285-296. Arguably, the entire discussion on attention and its changing “depth” and “economy” as articulated by N. Katherine Hayes in “Hyper and Deep Attention: The Generational Divide in Cognitive Modes”, Profession (2007): 187-199, and Bernard Stiegler’s work on “attention” are relevant here.

[5] This is Bruno Latour’s claim in “Why Has Critique Run out of Steam? From Matters of Fact to Matters of Concern”, Critical Inquiry 30 (2004): 225-248. For a good overview – a kind of genealogy of the critique of critique in Latour’s work – see Anders Blok and Casper Bruun Jensen’s “Redistributing Critique”, in Rita Felski and Stephen Muecke, eds., Latour and the Humanities (Baltimore, MD: Johns Hopkins University Press, 2020).

[6] Cf. Rita Felski, The Limits of Critique (Chicago: University of Chicago Press, 2015), which arose out of Felski’s contribution to a special issue of English Language Notes 51.2 (2013) entitled “After Critique?”. There have been other special journal issues since, e.g. New Literary History 46 (2016) as well as edited volumes, like Critique and Postcritique, ed. Elizabeth S. Anker and Rita Felski (Durham, NC: Duke University Press, 2017). The most recent summary of Felski’s argument for a movement beyond critique can be found in her contribution on “Postcritical”, in Oxford Twenty-First Century Approaches to Literature, eds. Matthew Rubery and Leah Price, Oxford: Oxford University Press, 2020, pp. 135-144.

[9] For an excellent and, in my view, well-balanced intervention see Toril Moi’s “‘Nothing Is Hidden’ – beyond the Hermeneutics of Suspicion”, Revolution of the Ordinary: Literary Studies after Wittgenstein, Austin, and Cavell (Chicago: University of Chicago Press, 2017), pp. 175-195.