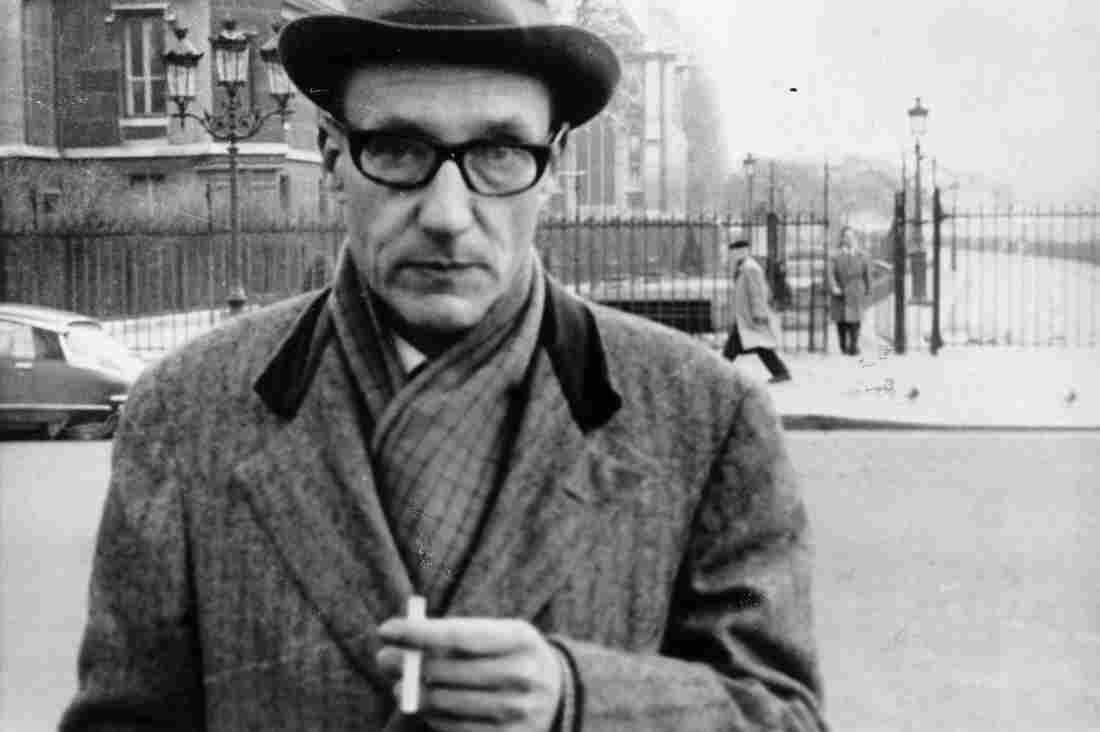 William S. Burroughs was very much a product of, and his work a commentary on, his time, even if as a cultural Outsider. However, his vision of a dystopian future, his discourse of repetitions, his stochastic materiality, his critiques of the politics of drugs and surveillance, his foregrounding of what we today call queer theory, his media experiments, his depictions of the posthuman where human agency is attenuated, in short, his art, are sustainable beyond his time. His current reach exceeds his traditional designation as the Priest of the Beat generation of the 1950s, as a significant cultural agitator in the 60s counterculture and anti-war protests, as an icon of the punk and alt rock of the 70s and 80s, through to our multimedia age and society of control. As human agency is superseded by media inflected desire in Burroughs’s multi-media, performative art, the contemporary critique that he initiated and helped sustain emerges as central to his oeuvre. With its rhizomatic offshoots, his cultural foresight, the broadening appeal of his media art, and his continuous critiques of control drive much of the renewed, contemporary interest in his work.

Of his initial media experiments Burroughs tells us that:

“In 1968 with the help of Ian Sommerville and Anthony Balch, I took a short passage of my recorded voice and cut it into intervals of one twenty-fourth of a second on Movie tape [. . .] and rearranged the order of the 24th [of a] second intervals of recorded speech.  The original words are quite unintelligible but new words emerged. [. . .] Imagine that the speech recorded is recorded on magnetic tape which is cut into pieces .02 [of a second] long and the pieces rearranged into a new sequence. [. . .] this is an extension of the cut up method [that is, Burroughs’s initial aleatory experiments]”.[i]

While Burroughs’s work with filmmaker Balch might be seen as merely an extension or an extreme variant on the montage techniques of Sergei Eisenstein, the emphasis in Burroughs’s case is on “extreme” since their experiments were almost incomprehensible, at least to the conscious mind,[ii] and thus not dissimilar from the neo-Dadaist sound poetry performed by Bernard Heidsieck and Henri Chopin. The appeal of these experiments was less to the rational than to what Burroughs and Gysin called “The Third Mind”, and in 1978 they published a book under that title with material from their experiments conducted between 1960 and 1973, including one called “First Cut-ups”. The essay “Playback from Eden to Watergate” was part of this larger project and was published as Part One of what Burroughs subsequently called An Electronic Revolution, 1970-71, or alternately, “The Invisible Generation”, appeals to youth and the alternative, counter-cultural press to “disrupt the exercise of power” with these developing techniques.[iii]  “Just pointing out”, Burroughs deadpans, “that cut/ups on the tape recorder can be used as a weapon” (The Job 175).[iv] When Gilles Deleuze asserts the “Superiority of Anglo-American Literature” (in the wake of D. H. Lawrence, say) he declares that “English or American literature [as opposed to that produced in France] is a process of experimentation. They have killed interpretation. The great and only error lies in the thinking that a line of flight consists in fleeing from life; the flight into the imaginary or into art. On the contrary, to flee is to produce the real, to create life, to find a weapon”.[v]  This is the “real” that Burroughs creates.

Many of these aesthetic experiments and calls for revolutionary action are thus played against a backdrop of what might be called Burroughs’s dystopian modernism or speculative fiction, both of which overlap Burroughs’s other mode, science fiction. They were subversive, designed to counter growing systems to control the governed, resistance to which had been accentuated by Burroughs’s participation in the 1968 Democratic national convention and the riots that ensued in Chicago that August, during which he was gassed.[vi] “As I have indicated in the invisible generation”, noted Burroughs, “a technique for directing thought and producing events on a mass scale is available to anyone with a portable recorder or a car to transport recorders”. Burroughs called the technique “waking suggestion” after the work of one Doctor John Dent who used it to treat alcoholism and drug addiction: “[. . .] Waking suggestion not subliminal suggestion is the technique used in playback of pre-recorded tapes in the street, cocktail parties, bars, train stations, airports, parks, subways, political rallies, theatre intermissions, etc. People do not consciously hear the taped suggestions because their attention is directed toward something else [. . .]” (The Job 170-1).

With very few direct intersections with continental philosophy and the developments of critical theory, for instance, he seems, nonetheless, to have developed parallel lines of flight and strategies of resistance, which at least Michel Foucault and Gilles Deleuze recognised and credited. Their critical intersection came at the Schizo-Culture conference at Columbia University in 1975, after which Deleuze and Guattari barnstormed the United States. The Schizo-Culture conference organisers, particularly Sylvère Lotringer, then followed up with a Nova Convention designed as a tribute to Burroughs and at which, on 30 November 1978, Burroughs delivered what the organisers called a Keynote Commentary, “Roosevelt after Inauguration,” a reprise of his 1964 publication that was part of the “Mimeograph revolution” published with its smudges, over-inking and over-printings (that is, decidedly anti-letterpress) and so part of the weaponising of publishing and the material aesthetics of the 1960s and 70s. At least one critic and book collector has said that “Roosevelt was a fuck you to mainstream publishing, City Lights, and the United States government”, even as the work was subsequently published by City Lights Books.[vii] That rowdy Nova Convention featured not only Burroughs but other post-60s outsider artists responding, in one way or another, to his work, highlighted how much of that work was performative and so potentially ephemeral.

The genetic histories of William S. Burroughs’s writings are, as well, notoriously unstable, epitomised by his method of cutting up his manuscripts to produce new narratives that undermine any sense of authorship or anything like a final, stable text. Burroughs biographer Barry Miles notes how all his texts are “fugitive”, where “no fixed text seems possible”. Burroughs was constantly rewriting and re-cutting his published work and archival scraps so that text itself becomes a Soft Machine, his image of humanity as a viral, posthuman machine. The traditional genetic textual model that moves linearly from manuscript to final product becomes complicated by multiplicity as Burroughs continued to rewrite and reconfigure these ostensible finished works, collapsing the difference among archive, manuscript and published text, the agency of the writer replaced by the aleatory, obliterating what we have traditionally called authorial style and intention. Miles instead suggests that Burroughs’s writings “have to be seen as one giant multivolume book including all the different versions”.[viii] Burroughs’s unconventional compositional methods, if methods they can be called, and the vast network of intertextuality that makes up his oeuvre suggest Burroughs as a radical theorist as well as practitioner who challenges received assumptions about language, authorship, the human, more generally, and the archive in its broadest definition. Burroughs’s assaults on authorship constitutes a corresponding assault on the human. As early as 1959 in his first “experimental” and celebrated work, Naked Lunch, Burroughs acknowledged, “[. . .] I am a recording instrument . . . . I do not presume to impose ‘story’ ‘plot’ ‘continuity.’ . . .Insofar as I succeed in Direct recording of certain areas of psychic process I may have limited function . . . ”.[ix]  One of his creations is an emissary called The Sender, “born with smooth disks of skin. He always knows where he is going like a virus knows [. . .] Artists will confuse sending with creation. [. . .] The Sender is not a human individual . . . . It is the Human Virus. [. . .] The Human Virus can now be isolated and treated” (Naked Lunch 168-9). Such images emerge from an aleatory, cut-up process of creation. In our multi-media, electronic age Burroughs’s vision of cut-ups and an Electronic Revolution re-emerges with a vengeance through any number of cut-up machines – computer programmes that do the work Burroughs did with scissors and past. See, for example, a nexus of such machines at http://www.lazaruscorporation.co.uk/cutup/links.These critiques from the 1950s through the 1970s were and currently remain inseparable from Burroughs’s emergence as a performance artist, such embodiment of his art readily available for consumption amid our own image-obsessed Electronic Revolution or updated as Felix Guattari’s “post-mediatic revolution” in Soft Subversions. The products of this period are currently being re-circulated through commercial outlets and through multiple open access formats to suggest, or rather to confirm, that the artist whom many another Outsider has called “The Priest” – as in his 1993 collaboration with Kurt Cobain, that Priest, who also was seen as a “cosmonaut of inner space” and “a technician of consciousness” – this Dystopic Modernist author and visionary science fiction writer with depictions of posthuman existence as a virus, this aesthetic weapons maker, was one of the major media artists, social critics, cultural theorists, and literary figures, not only of his but of our “postpersonal” era. Michel Foucault closes The Order of Things by imagining a time when “man will be erased, like a face drawn in sand at the edge of the sea”. The closing image was crafted some 15 years before Foucault met Burroughs in New York in 1975, but in the 60s Burroughs, too, was already imagining and theorizing the disappearing author and a post-human, “post-personal” world. Such lines of thought suggest parallel (but independent) trajectories that Gilles Deleuze will see as conflating philosopher and artist, if not philosophy and art.

[iii] The essay or manifesto on media, manipulation and resistance to control, The Electronic Revolution, was first published in 1970 by Expanded Media Editions in West Germany and then in a second edition by Blackmoor Head Press, 1971. It was incorporated into “revised and enlarged” editions of the collection of interviews called The Job, p. 174.

[vi] “I walk around the park recording and playing back, a beauteous evening calm and clear vapor trails over the lake youths washing tear gas out of their eyes in the fountain” (William Burroughs, “The Coming of The Purple Better One”, Esquire, November 1, 1968).