This post is part three of a three part series. Read parts one and two here. 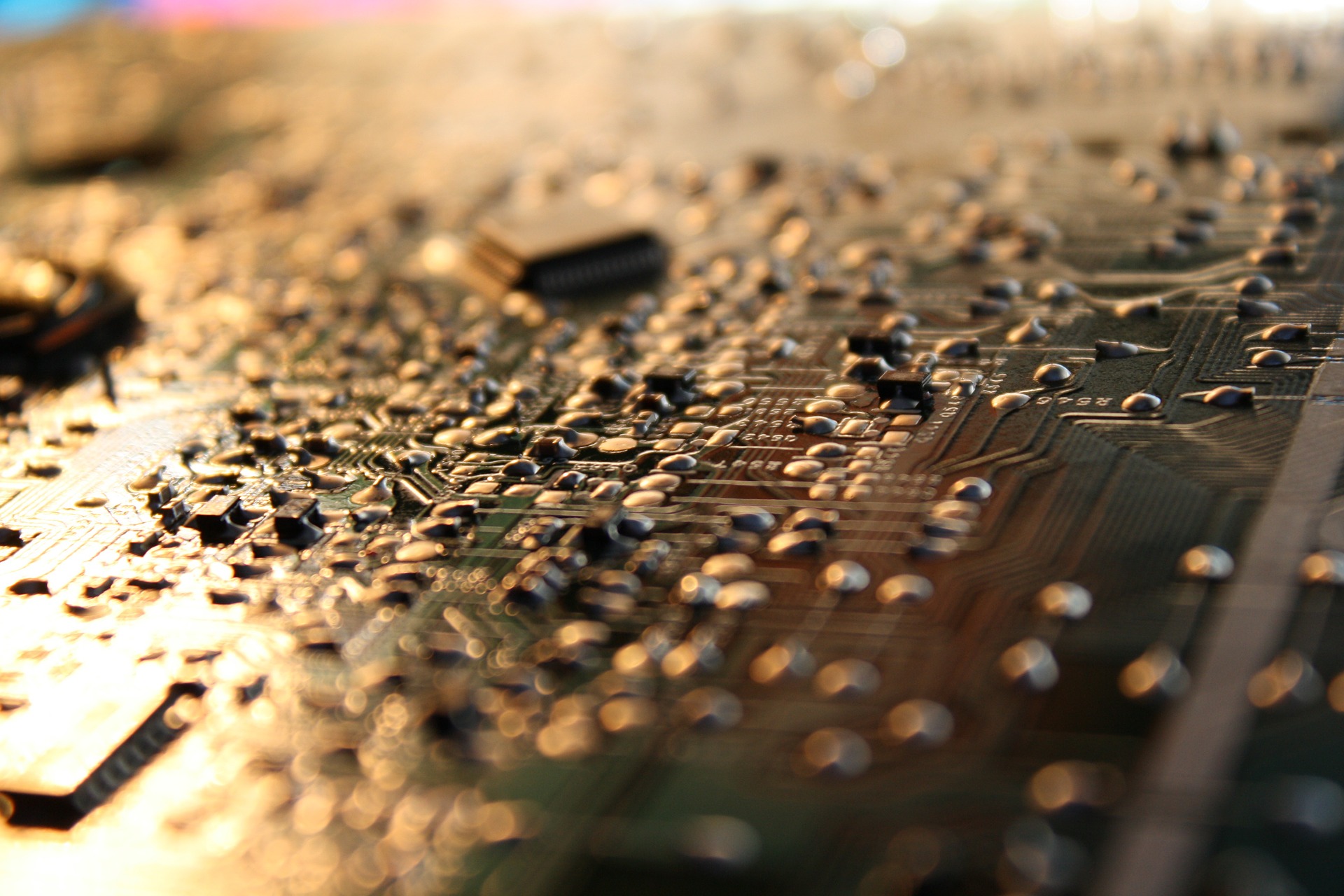 In an essay on the Democritian or Epicurean stoikheion, a seminal word ‘at once designating the graphic element as well as the mark, the letter, the trait, or the point’, Derrida recalled that his adoption of the more general ‘trace’ allowed him to extend the mark ‘beyond the verbal sign and even beyond human language’.[1] The move from sign to trace entailed as a corollary a displacement of the traditional problematic linking the sign to expression, as in Edmund Husserl’s Logical Investigations,[2] to an emphasis on the redefined trace as quasi-originary ‘impression’. Such an inflection makes Derridean deconstruction relevant to posthumanist reflections, especially those concerned with the constitution and institution of the human.

In a passage in Of Grammatology dealing with the mixed exteriority and interiority of writing, Derrida emphasised how, ‘[e]ven before it is linked to incision, engraving, drawing, or the letter, to a signifier referring in general to a signifier signified by it, the concept of the graphie […] implies the framework of the instituted trace, as the possibility common to all systems of signification’[3] Another name for the arche-trace, this ‘instituted trace’ is materialised while never being simply material. It deconstructs not only the metaphysical trace as empirical mark of presence but also its absence as the absence of a presence, and its general structure, the movement of différance, ‘connects within the same possibility […] the structure of the relationship with the other, the movement of temporalization, and language as writing’.[4]

Written at the time when he was elaborating his concept of arche-trace or arche-writing, the essay on the mystic pad titled ‘Freud and the Scene of Writing’, about a writing machine used by Freud as a metaphor for the psychic apparatus and operations of memory, is Derrida’s earliest, closest engagement with techniques of inscription and impression that can store infinite traces hidden in a substratum while retaining no durable signs of them on the surface. At least two passages from the essay, and their recall in ‘Différance’, envisaged the space of impression or (mnemonic) inscription as dependent on the trace-as-erasure,[5] while in Of Grammatology, capitalising on his earlier work on Husserl, Derrida quite explicitly called ‘differance’ or the (arche-)trace, ‘this interval [which] might be called spacing, the becoming-space of time or the becoming-time of space (temporization)’, the ‘being-imprinted of the imprint’ (être imprimé de l’empreinte).[6]

Working from Saussure’s own conception of the re-presented derivativeness of the sound-image, i.e. ‘not the material sound, a purely physical thing, but the psychic imprint of the sound, the impression that it makes on our senses’,[7] Derrida then connects it to articulation, i.e. difference:[8]

The idea of the ‘psychic imprint’ therefore relates essentially to the idea of articulation. Without the difference between the sensory appearing [apparaissant] and its lived appearing [apparaître] (‘mental imprint’), the temporalizing synthesis, which permits differences to appear in a chain of significations, could not operate.[9]

In the preliminary essay of Margins of Philosophy (‘Tympan’) dealing with a distant avatar of what he will later analyse as ‘auto-affection’, Derrida similarly compared philosophy to an eardrum (tympanum) which wants to hear itself speak in its immediate plenitude, according to an internalised phonetic model of communication equating full speech with identity, by relegating outside what imprints on it:

We know that the membrane of the tympanum […] is stretched obliquely […] from outside to inside […]. One of the effects of this obliqueness is to increase the surface of impression […]

This impression [of a phallogocentrism that the philosopher no longer recognizes], as always, is made on some tympanum […], on the double membrane that can be struck from either side.[10]

Substituting the disseminative trace for the phonocentric sign within a more general conception of (arche-)writing, différance and iterability would thus allow for this double membrane to resonate on either side. If ‘[t]he exteriority of the signifier is the exteriority of writing in general’,[11] then ‘[a]rche-writing […], this trace is the opening of the first exteriority in general, the enigmatic relationship of the living to its other and of an inside to an outside: spacing’.[12]

However intricate they may be, these interlinked reconceptualisations helped pave the way for a paradigm shift in the humanities, from the unquestioned privileging of the interiority of expression (phusis: ‘nature’) to an awareness of the exteriority of impression (tekhnè but also ‘artifactuality’[13]) as well as, in Of Grammatology, via French paleoanthropologist André Leroi-Gourhan, ‘exteriorization’ (see infra). They also anticipated Derrida’s revisiting of the complex imbrications of remembrance and (new) teletechnologies in the archive in Archive Fever.

Subtitled ‘A Freudian Impression’, Archive Fever signals Derrida’s return to the Viennese psychoanalyst’s concern with mnemonics and techniques of inscription in the Wunderblock, ‘the technical model of the machine tool, intended […] to represent on the outside memory as internal archivization’,[14] and implicitly charts a move from arche-writing to archival impression. Derrida’s frequent recourse to the distinctions between various types of mnemonic inscription inherited from the Platonic opposition between mnēmē (‘live’, conscious memory) or anamnēsis (the Socratic recollection of the immortal soul) and hypomnēma (the artificial or technical supplement to memory)[15] should be borne in mind as a larger interpretive framework to grasp more fully the (hypo)mnesic force of the sign redeployed as trace (of a trace), as in the following remark from ‘Signature Event Context’, collated with two more ‘technical’ passages from ‘Freud and the Scene of Writing’:

The sign is born at the same time as imagination and memory, at the moment when it is demanded by the absence of the object for present perception […].[16]

Memory, thus, is not a psychical property among others; it is the very essence of the psyche: resistance, and precisely, thereby, an opening to the effraction of the trace […].

Trace as memory is not a pure breaching that might be reappropriated at any time as simple presence; it is rather the ungraspable and invisible difference between breaches.[17]

The problematic of the trace-as-erasure (of the trace) is recast in Archive Fever into a variant of what Freud named alternately ‘death drive’, ‘aggression drive’ or ‘destruction drive’, which Derrida chooses to call ‘anarchivic’ or ‘archiviolithic’ (i.e. archive-destroying) drive, which ‘works to destroy the archive: on the condition of effacing but also with a view to effacing its own “proper” traces’.[18] Thus, from the commencement (arkhè -> ‘archaeology’) or commandment (also arkhè, from arkheion: public office -> archive),[19] the structure of the Derridean trace is ‘ordered’ (constituted, instituted) by a palaeontological technicity from which one can derive the human as always already ‘artefacted’ in nature (homo technicus), rather than in the becoming, according to a simple version of posthumanity as enhanced by technological progress. It is such an ‘originary technicity’ which Bernard Stiegler, writing in the wake of Derridean deconstruction and of Leroi-Gourhan’s insight into the correspondence between anthropogenesis and technogenesis as well as his conception of hominisation as the exteriorisation of memory (through tools and technology constituting a third kind of memory), developed in the Technics and Time project.[20]

Dealing with the repression of the role of technics in the history of philosophy, Stiegler’s main thesis is that technics, as organised inorganic matter and essentially a form of memory, is constitutive of human temporality, hence human beings are essentially ‘adoptive’ and ‘prosthetic’ creatures characterised by an originary technicity as a necessary default (défaut qu’il faut), a constitutive lack of interiority which only the prosthetic acquisition of technology will come to palliate. In this perspective, what is now called ‘the human’ is this process of exteriorisation that has no pre-existing (as opposed to retroactively constituted) interiority: ‘[t]here is no interiority that precedes exteriorisation, but [on] the contrary exteriorisation constitutes the interior as such’.[21]

Within this perspective, Stiegler rightly understands Derridean deconstruction in terms of a problematic of hypomnesis and as a thinking of technics indissoluble from memory, ‘beginning with the most primal traces that launch the process of hominization (the emergence of the human species), and extending as far as the Web and all forms of technical archiving and high-fidelity recording, including those of the biotechnologies.’[22] Derrida’s ‘logic of the supplement’,[23] ‘as a logic of prosthesis that shows the “truth” of the “inside” to be (in) the outside in which it exteriorizes itself’ and which makes the opposition inside/outside redundant,[24] is pre-anthropological and can thus be applied to the originary condition of the living and life itself. Its corollary implications about the derivativeness and non-plenitude of ‘human nature’ also anticipate posthumanism’s debunking of anthropocentrism.

[4] Derrida, Of Grammatology, p. 49 (also pp. 60, 61). For a characterisation of the three possibilities of the arche-trace, see also Rodolphe Gasché, Inventions of Difference: On Jacques Derrida (Cambridge, MA and London: Harvard University Press, 1994), pp. 44-45, and p. 48 for a useful diagram reconstructing the theoretical matrix of deconstruction around the notion of arche-trace.

[21] Bernard Stiegler, ‘Anamnesis and Hypomnesis’, available on the arsindustrialis.org website. Also: ‘Human memory is originarily exteriorized, and that means that it is technical from the start.’

[22] Bernard Stiegler, ‘Derrida and Technology: Fidelity at the Limits of Deconstruction and the Prosthesis of Faith’, in Jacques Derrida and the Humanities: A Critical Reader, ed. Tom Cohen (Cambridge: Cambridge University Press, 2001), pp. 238-70 (p. 239).

2 thoughts on “Derrida and Posthumanism (III): The Technicity of the Trace”