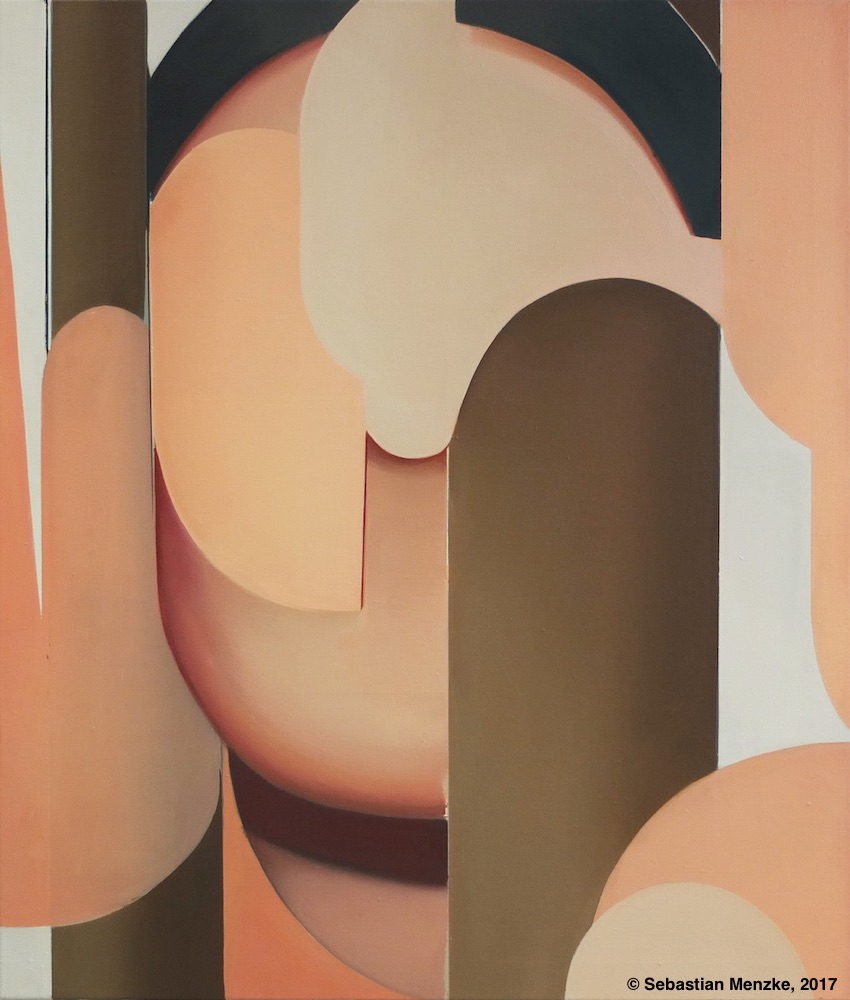 ‘Psychopower’ and ‘Eventology’ are two reworked extracts from the succinct genealogy of affect that Bernd Bösel provides in ‘Affect Disposition(ing)’. The article explains how affect is conceptualised by early Western (i.e. Greek) thought as the ‘by-product of being possessed by a god, a demon or another nonhuman’. This ‘demonological’ paradigm of affect involves certain practices of dealing with nonhuman entities, such as prayer, invocations, summonings, or exorcisms. According to Bösel, it is this involvement of techniques in the attempt to regulate affects that gives rise to human-centred conceptions of affect, which relate it to human arts capable of generating, regulating and controlling affects (e.g. music, oratory, theatre, poetry and the like). In total, the article isolates eight regimes of affect. We have extracted the discussion of the most recent affect regimes – Psychopower (Stiegler) and Eventology (Massumi) – as these productively encapsulate two conflicting, yet complementary conceptions of the intersection of the human and affect operative today. The two sections are contextualised by the author’s own short introduction.

Affect: Psychopower and Eventology – A Perspective on the Tension Between Humanist and Posthumanist Conceptions of Affect

A genealogy can be understood as a narrative that explains how antagonistic positions emerge, as in the tradition of Nietzsche and Foucault.[1] With regard to affects, the picture nowadays has become complicated and at times confusing because several paradigms of how to conceive of affects have emerged and now coexist. This picture gets a bit less convoluted when we ask about the nonhuman or posthuman aspects of what this entry calls affect dispositioning. This phrase intends to convey that affects are regulated, produced, and organised by humans, in short that we dispose affects and thereby work on our affective dispositions. The way this work is conceptualised follows certain paradigms, and it is exactly these paradigms that intersect productively with questions of the nonhuman or posthuman.

There is a huge difference, for instance, between whether one believes that affects are brought about by demons and other nonhuman entities, or interprets them as being generated by cultural techniques, like oratory, musical, theatrical, and other arts; or whether one transfers agency and responsibility primarily to a self-observing subject that is supposedly perfectly capable of regulating its own psychic and mental states. In Western thought, this transference of agency onto autonomous subjects was the big intervention of ancient Greek and Roman philosophy. It introduced new affective paradigms that fundamentally challenged older ones and thus gave shape to the tensions and antagonisms between nonhuman-centred notions of agency and a strictly anthropocentric conception of self-reliance that is now so widely discussed. Turning to the present, this fundamental tension now takes place between, on the one hand, industrial and cybernetic approaches to affect regulation, which deem to extend the humans’ purported power of affect dispositioning, and, on the other hand, conceptualisations of affects as events that categorically exceed human agency, thus opening up onto the realm of the nonhuman. This entry will briefly sketch the antagonism between ‘psychopower’ and ‘eventology’.

In Taking Care of Youth and the Generations the philosopher of technology Bernard Stiegler returns to Adorno’s concept of ‘the cultural industry’ in order to revise it with the aid of Foucault’s genealogy of power, which famously diagnosed the emergence of contemporary biopower. ‘Biopower’, as Stiegler puts it, ‘is no longer the force of our age’,[2] because populations are increasingly being governed by marketing and entertainment technologies that are designed to capture the ‘minds’ of populations. Stiegler refers to the economic processes that underpin the online attention economy as ‘psychopower’, a form of power that is wielded through the creation of a never-ending chain of affects.

Because Stiegler conceptualises this new form of power as inherently bent on dominion, the question is: Who is in charge? Who executes this psychopower? Stiegler’s answer is as simple as it is unsatisfactory: it is the ‘programming industries’, which are basically the combination of the cultural industries of Horkheimer and Adorno and the consciousness industry of Hans Magnus Enzensberger.[3] Like the proponents of the Frankfurt school, Stiegler does not take the specific relations that audiences have to the programmes provided by these industries into account. It would seem that cultural studies never existed. He would probably respond that whatever stance one takes towards the programmes of those industries, one is already caught inside the attentional and/or affective loop that was specifically designed for that purpose. But this argument only works if one adheres to a machinic paradigm in which affects are presented as machinic outputs that need to be boosted, regardless of their quality (and the same applies for attention).

So what Stiegler describes here is basically the pathology of the machinological disposition regime, which produces ‘uncontrollable societies of disaffected individuals’.[4] These societies are disaffected precisely because they are subjected to a never-ending stream of affective and attentional modulation by the programming industries following a capitalist logic. As underdeveloped as this concept of psychopower may be, it might still have its uses when it is applied to the emergence of affect-responsive media. Twenty years ago, Rosalind Picard published her seminal book Affective Computing,[5] which gave a then still futuristic, but now burgeoning, research discipline its lasting name. When the Oxford Handbook of Affective Computing was published a few years ago, it became apparent just how clearly Picard had predicted how computers would became able to detect human emotions, as well as simulating emotions through software agents with a capacity to induce affective reactions from human users.[6] In her contribution to the Oxford Handbook, Picard recounts how she founded the research group on ‘Affective Computing’ at MIT and that her development of the first steps in theory as well as practice was guided by one core idea: closing the interactive loop between user and machine so perfectly that a fully responsive emotional rapport, or affect attunement, between humans and computer agents or robots can take place.[7]

The ways that human affects are quantified, categorised and identified – in one word decoded – in order to establish this rapport, are questionable for several reasons: for their reliance on contentious psychological theories of basic emotions[8] and for the supposed affective indexicality of the human face and other physiological data.[9] But even more contentious is the automation of affect regulation in the algorithmically modulated attention economy that has become the trademark of ‘Surveillance Capitalism’.[10]

A new paradigm of affect disposition is thus emerging that interprets affects as information that can be employed in order to shape, tune and optimise psychical and social systems.[11] Because of its emergence from the cybernetic ideal of an autonomous system of control, this paradigm might be called the cybernetical regime of affect disposition(ing). With the emerging technologies of affect detection, mood tracking, sentiment analysis and ‘empathic media’ in general,[12] the concept of psychopower is becoming more relevant.

I would like to contrast the affective regimes that hinge on ‘psychopower’ with a brief sketch of a parallel development with regard to the conception of affect, one that is more or less directly opposed to the cybernetic model of control. It originates in poststructuralist and process-philosophical theories of the event. Brian Massumi is probably the most outspoken theorist who considers affects as events, thus pointing to their disruptive force.[13]

Taken as events, affects by definition cannot be controlled, even when humans and human-made technologies try to capture and master them. Something always escapes such attempts and continues to exert a force of its own. Affect is more than what human minds or technical sensors can register and process. By redirecting attention to this surplus force, Massumi and others propose to acknowledge that there is always some differentiating moment at work. One cannot be affected the same way twice. At a very basic level, there is always change and transformation, however slight or negligible such a change may seem.

This is also the reason why Massumi puts so much stress on the difference between pre-subjective affect and the subjective experience of an emotion: ‘Because affect concerns the movements of the body it can’t be reduced to emotion. It is not subjective in the sense of belonging to a subject to which the body belongs…. It is only on the level of emotion that this subjective form of the affective event comes to be experienced as belonging to a subject separate from the event’.[14]

This distinction between processual, bodily affect and its capture in the form of a subjective, representable emotion has been adopted by many of the theorists who follow the affective turn. Massumi does not, however, assume that affect is opposed to thought, as some commentators seem to believe. On the contrary, thought for Massumi is inseparable from affect, which involves ‘feeling in thinking, and vice versa’,[15] and inspires the term ‘affective thinking-feeling’[16] as a way of saying that the unfolding of an affective event in the body includes a mental pole from the outset.

For Massumi, this mental aspect of affective thinking-feeling is not just located in the brain, nor does it necessarily imply reflective thought. But it does involve spontaneity to a certain degree on a level that is described as preceding intentional and representational thinking.[17] All these ideas are employed by Massumi to stress the novelty and creativity that each affective event implicates and that seem to get lost, forgotten, or disavowed when affects get prematurely identified as a certain emotion.

This conception also necessitates addressing power very differently from the way Stiegler does, who only regards it as something that is exerted by humans. Massumi recently proposed calling this nonhuman-centric mode of power ‘ontopower’, the ‘power through which being becomes’.[18] Similarly, affect theories in the tradition of new materialism revolve around a nonhuman-centric basis: matter.[19] Events are generated by matter which forms the ontological basis in these theories; they may, therefore, be dubbed ‘eventological’.

The conception of affects as events can correspondingly be called the foundation of an eventological regime of affect dispositioning, which acknowledges that affects cannot simply or fully be controlled or produced, at least not in a deterministic way. For Massumi, they can either be indirectly occasioned by providing event-friendly circumstances; or they can be modulated or ‘tweaked’ once they have begun to unfold: ‘It is the tweaking of an arc of unfolding, on the fly. It is, therefore, more akin to the deflection or inflection of a prescribed intention, or pre-intended prescription’.[20]

With the emergence of eventology, the question of affect disposition(ing) reaches a turning point that intersects with core concerns of posthumanist registers of thought. Up until now, the paradigm shifts always extended or at least claimed to extend the power of disposition(ing): from cultural techniques to machineries to industrial technologies. On this occasion, however, affects are rediscovered as pertaining to an abundance that can never be fully grasped, and thereby the human dispositional power is decreased. It is as if the genealogy of affect disposition(ing) now enters a phase of its own decomposition, of its own deconstruction. It finally leaves the old tracks of human-centred agency which have become so prevalent in the modern era. But whether this new non- or posthuman eventological paradigm has the strength to ever become dominant and thus able to effectively critique and overturn the hegemonic cybernetological and machinological regimes underpinning ‘Surveillance Capitalism’, is a question that is still in its infancy.

[9] For a thorough critique of the idea of ‘emotion fingerprints’, see Lisa Feldman Barrett, How Emotions are Made: The Secret Life of the Brain (New York: Houghton Mifflin Harcourt, 2017).